In todays market scenario marketers are finding unique ways to reach their audience. Various integrated marketing communications have been emerging by the day. One medium Product placements has gained maximum mileage at a lesser cost involving customers without they feeling obtrusive. In India in-film branding has been in existence ever since early 70’s not taking in to account movies like Shree 420 and An Evening in Paris where Coca-cola was prominently displayed in the early 50’s and late 60’s .
In-film advertising is a medium through which brand or products are placed in movies, that is visible to consumer without any distraction, this is also known as “Covert advertising” and is gaining momentum because of its clutter free features as it leverages on the entertainment value along with the emotional quotient of the film leading to a psychological impact on viewers.
Covert advertising is different from celebrity endorsement. The celebrities endorse products and brands with commercial reasons, which normally come in the breaks in television programmes or cinema halls. Brand placements provide an opportunity where the involved audience gets exposure to the brands and products during the natural process of narration of movie or television commercial.

With such plethora of in-film options available, advertisers are waiting and latching on such opportunities and we can definitely say in-film placements are here to stay. 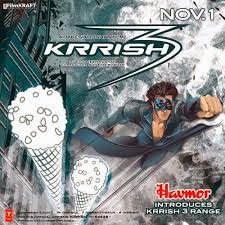 Posted by Dr. Venkatesh at 3:43 PM No comments:

what a B school doesn't teach

Service Levels - The People and the Process
Recently on a visit to a wholesale vegetable market, I experienced huge service gap in  understanding the nuances of how a wholesale market (primary) works in comparison to  retail (secondary) market.
This strongly reiterates the understanding, whatever is taught at B-schools covers only the secondary market totally overlooking primary market and similar trends are found in majority of B-schools that has mushroomed across the country..
All through our life it has been reiterated again and again that customer is King, they are like God, kindly recap what the legendary Mahatma Mohandas Karamchand Gandhi had quoted about the customer. “A customer is the most important visitor on our premises. He is not dependent on us. We are dependent on him. He is not an interruption in our work. He is the purpose of it. He is not an outsider in our business. He is part of it. We are not doing him a favor by serving him. He is doing us a favor by giving us an opportunity to do so.” this is followed across the globe primarily because a positive word of mouth fetches more footfall and business and it helps an organisation to survive longer in this competitive world.
To further substantiate this the book "Principals of Service Marketing and Management" by Christopher Lovelock & Lauren Wright, helps us to understand and learn all the facets of what constitutes a service, its processes, the service encounter, the emotional labour, the customer behaviour, relationship marketing, pricing etc. However what was observed is in stark contrast to the above and it will be etched forever in my memory.
The Customers (Buyers) who buy in wholesale were gleefully transacting with rude and incompetent wholesale vendors (sellers) and neither of them were actually concerned about both the quality nor the value of the services, but in the both seemed to be happy. It was a kind of situation where the sellers were displaying an attitude akin to "take it or leave it", however hard the customers bargained the sellers were more adamant probably having a feeling in their minds that the buyer needs them more than they needing the buyer.
To further substantiate my learning, the exchange of pleasantries was also unheard in service industry (the thought still shudders), the language used was blasphemous and both the seller and buyer were not complaining about it, rather I, believe they treat it as a like a customary practice to wish or greet each other or even used it when they differed  with each other.
This visit of mine can be a classic case study in how not to treat a customer – as it contradicts all the rule book and as I look back on my experience what surprises me is that all services and offerings from the vendors were overlooked by the buyers. How else could we explain why more and more buyers were thronging the market and that for every customer the sellers lose there are a couple of hundred thousand queuing out there, ready to buy their wares.
If we calculate the money that is transacted on a daily / weekly / monthly basis it would run to several crores. What was observed at the wholesale market is a an example of low contact high audience that happens on a daily basis, the supply chain that we have learnt is different than what is practiced here, both the seller and the vendor transact and trade business with each other 365 days and when the same buyer transforms himself as a retail seller the market scenario changes and they start behaving differently and must be experiencing a different service encounter, Emotional labour etc. The customer insights changes at each level. Fortunately, in almost every industry there are service suppliers who know how to please their customers while also running a productive, profitable operation.
In our case because of the diversity the way in which services are created and delivered to the customers, is often hard to grasp since many inputs and outputs are intangible. Here we need to understand how as a nation we are moving toward service marketing economy and therein the need to understand the concepts from different perspective. The Government is working very hard to enforce FDI in retail, there emerges a concept of whole sale market, where we need to understand the only thing that is constant is change and understand what and how to handle various grades / classification of CUSTOMERS thereby altering client servicing at various distribution levels. Of the 8 Ps in Service Marketing, apart from the Process assesment of the People providing the service matters.
A few other interesting observations:
In another lesson on optimum use of resources it was observed the vendors in order to keep the vegetables fresh were not spraying water through spray jets but were using  make shift disposable plastic bags, piercing it with a hole and sprinkling water on the vegetables which goes on to prove necessity is the mother of all invention. Another interesting observation was made by a vendor who casually informed me that they do not discard the crushed tomatoes or any of the rotten  vegetables because there is another set of loyal customers waiting & willing to buy at a very subsidised rate post market hours, and please please no prizes for guessing it is our own the F&B industry who buy it in bulk and use it in their restaurants to feed lakhs of hungry customers who gorge on outside food. A classic example of perishable product put to optimum use and we pay premium for consuming this at restaurants, the bigger the restaurants bigger the premium.
Posted by Dr. Venkatesh at 9:52 PM No comments: